The Dole Whip Family loves Character Meals! It saves time and we can check many of our “must meets” in a few meals. So, when the Bon Voyage Breakfast at Trattoria Al Forno was announced I knew it was a must do. We were VERY excited about the possibility of meeting Flynn Rider! Now, I know you can meet Rapunzel, Ariel and Eric but if I am being honest, I was there for Flynn! I also liked the idea of having a real reason to head over to the Boardwalk and explore. It”s something I am always meaning to do but sometimes it is not priority.

We had a lovely trip over from Riverside, it sounds like a bit of a hassle but we hopped the bus to Hollywood Studios and then boarded a Friendship boat over to Boardwalk. The boat was pretty much empty on the way over to our 9:15 am reservation. We arrived about 10 minutes early and were promptly checked in. We waited about another 10 minutes to be seated and had a pleasant exchange with Prince Eric as he passed us on our way to the restrooms! I was not surprised that there was a souvenir set up right when you walk, there were dresses, crowns and toys available for purchase. It is right next to the waiting area so be sure to bring distraction toys. We did buy 2 light up Pascales. He does come as part of a special Bon Voyage Drink. I knew I needed more than one and it was cheaper to just buy him outright.

We got an awesome rounded booth, even with the high chair request. It was at the far end of the restaurant which was nice because we could see everything that was happening. The characters are introduced individually and they then make their entrance into the area where everyone is seated.  Flynn was first, he walked to a few tables and when they introduced Rapunzel, he politely said “Excuse me, I have to go get my wife” because we were not already swooning!

Once everyone is announced they start to make their way around the tables. There is a small moment where everyone says their dream out loud with Rapunzel and there is a Guppy Parade with Ariel. Everyone makes a jellyfish with their napkin and it’s as adorable as it sounds!

My Dole Whip could not even start eating because she was tracking Flynn the entire time. I, on the other hand was completely capable if stuffing my face and tracking! They give everyone a choice of fresh fruit or yogurt to start. There is an awesome assortment of pastries in a frying pan (of course) to share on the table. The Rapunzel Star cookie was amazing, it tasted like Christmas! We had actually had seconds of the pastries and fruit.

The breakfast entrees were plentiful and very good! Daddy Dole Whip had the “Royal Breakfast” which was steak and eggs. It got a raving review from him and he even said it may have been too much food. I got the “Tower of Pancakes” and they were fluffy and delicious. The blueberry compote was a bit sweet but it was very good as a combination. My little Dole Whips got the kids “Guppy Pancakes” they were very good but were oddly cut. I believe they were supposed to resemble fish. In any case, the breakfast was plentiful and very satisfying. It was our favorite breakfast of the trip! Everything was fresh and I found myself still wanting to eat more even though I was full!

The characters did not disappoint. Flynn Rider made his way over and was dashing and funny! We talked about our matching satchels and he loved that my littlest Dole Whip was dressed just like him. We even got to see and touch Punzie’s crown, he always keeps it safe! Rapunzel was as sweet and kind as you would expect and was awesome with my little guy who was clearly over taking pictures. Ariel and Eric made their way over (separately) and Eric was the sleeper hit! He was just as dashing as Flynn and was telling us the most adorable stories about Ariel’s collection rooms. Ariel added to the fun by letting us know that Eric hides everything all over again so she can “discover” it again. I felt like although they were not all meeting together, this character interaction had a lot of thought and heart to it.

I plan and doing this Character Meal again and again. We left full, happy and with Pixie Dust bursting from our eyes! Our server was adorable and made us laugh often. She was so on top of everything and was so accommodating with the kiddos. We enjoyed every part of the meal from coffee to pancakes and never once felt rushed. All of the characters were so loving and we did not feel rushed. It was definitely magical! 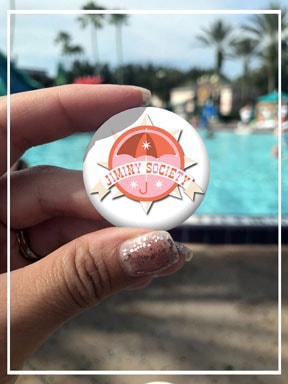 Save On Your Next Vacation

✨Let me sing you the song of my people! Also, gu

I’m in the mood for…where to you start?

✨Someone just needs to tell my wallet to catch u